The Economic growth in China of the 20th century led to large-scale environmental problems. Mainly the industrial growth in China has its price. In China the soil and groundwater are locally heavily contaminated with a large range of toxins (including heavy metals) and are therefore unusable, for example as agricultural land or as drinking water.

Electro Reclamation (ER) is a soil remediation technology that uses electro kinetic effects to remove inorganic contamination. The basic principle involves applying a difference in potential, thus causing charged positive particles to migrate to the cathode an negative particles to the anode. The contaminants are removed by refreshment and treatment of the electrolyte. The treatment of the contaminated electrolyte shall be carried out in an electrolyte purification system.

In commission of Elion Environmental Protection Co. Ltd a laboratory test was conducted by Verhoeve Milieu & Water for a site near the city of Nantong. The soil and groundwater of the site are heavily contaminated with chlorine caused by the processing of cleaning metals in the past.

In May and June 2018 Verhoeve Milieu & Water performed a turbo test to investigate the Electro Reclamation (ER) remediation possibilities. The turbo test was performed with soil and water originating from the contaminated site. Samples were taken from the 3 former processing ponds. The main aim of the test was to generate data in order to conduct a design for a full-scale remediation. The results are promising. Removal efficiency of 97% Chloride have been achieved.

As per Elion’s request, a full-scale approach has been established based on the results of the laboratory test. In collaboration with Elion, the Electro Remediation unit has been installed by Verhoeve Milieu & Water on the site (Nantong, China) nearby the three damped ponds in October 2018. The ponds will be remediated in the course of 2018 and the beginning of 2019. 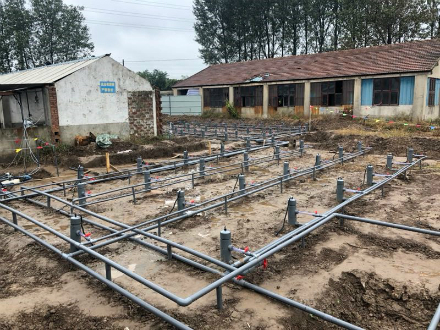 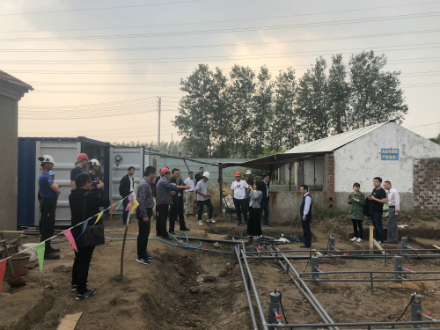